I love me some music festivals. 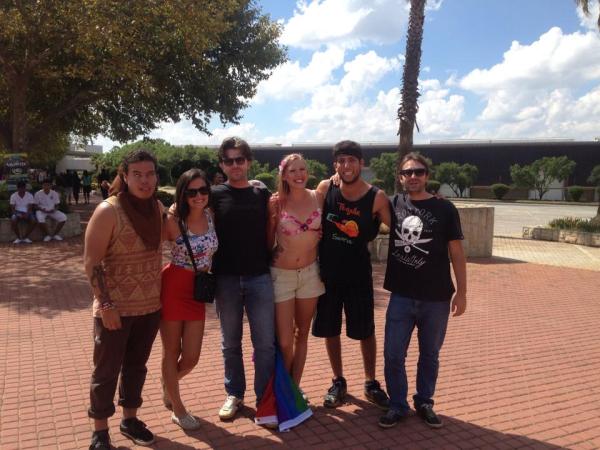 UMF, or Ultra Music Festival, is an annual music festival of the electronic persuasion. It originated in Miami, Florida in 1999 and instantly gained popularity in the EDM world. With close to 200,000 attendees and tickets selling out every single year, the event grew and began holding international shows. It has debuted in over 9 countries worldwide and finally hit Africa in 2014.

This is the largest EDM event on the African continent, and after hearing great reviews from other PCV friends about the 2014 event, some friends and I decided 2015 was our year to venture to Johannesburg and steal a slice of this magic, which started at noon and went until the wee hours of the morn.

We walked into the expo grounds and all I can say is…oh. my god. So many beautiful people. Like I can’t even.
Was there some unwritten requirement that all attendees be tan, buff and beautiful? Is this where they’ve all been hiding?? I felt like Doug Butabi walking into the Roxbury and all I could stutter was “Sup?” over and over.

Instantly I noticed a severe lack of kandi and gear in general that’s indicative of raving. People were mostly wearing regular (African summer time) clothing, but you can’t judge a book by its cover- there was no shortage of PLUR at this expo center.

An almost palpable positive energy was floating through the air, mixed with some excitement and glitter. People were astoundingly polite and friendly. If someone accidentally bumped into you they’d turn around instantly and genuinely apologize. Whoa. And when packed like sardines in front of the main stage, anyone trying to pass would politely ask to maneuver around you…unlike the elbow throwing that I’ve seen at other festivals. It felt like everyone was genuinely grateful to be there, grateful for the opportunity to experience the magic, and they left their egos at home for the night. This might have been partially because it was Valentine’s Day, so everyone was in lovey-dovey moods and high spirits.

Not only did I get to share this day with some of my closest PCVs, but my brother-from-another-mother Jovani was there as well! EDC partners since day 1, I felt incredibly lucky that we also got to share our first UMF experience together. 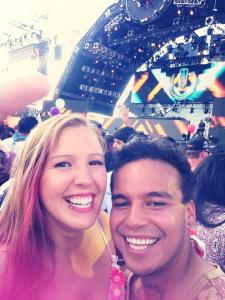 UMF-SA had a wonderful blend of featured South African artists, as well as the expected international headliners- Armin, Martix Garrix, Axwell & Ingrosso, to name a few.

Of the South African DJs, I really enjoyed Black Coffee. He’s pretty widely known in SA, and is a magnificent example of how sensational and unique South African house music can be.

It would be cliche for me to say Armin Van Buuren’s set was the best of all, (even though it was.) I appreciate his ability to read a crowd and play a set that he feels caters to the majority of the audience, but I wished he played more originals, and I wanted more melodic and soft trance. What we got was hard, pounding, “I wanna see everyone jump!” tracks over and over again. It was still fun though, but talk about a calf workout. Yeesh.

Stepping aside from the expectations and traditions, I’d say my favorite set of the night was DVBBS. They brought this unruly, head-banging energy to the moment, similar to Steve Aoki but with less cake and champagne. I fully enjoyed every track they dropped, especially Pyramids. The whole crowd lost their shiz, including me.

By the 12th hour or so, my feetsies and brain needed a break from the ever-present thumping bass at the main stage, so a couple friends and I headed to another stage to finish up with Gorgon City. They provided a pleasant change of energy; swaying back and forth to some groovy deep house while wiggling my bare toes into the cool grass and getting lost in the fog machines…it was a solid way to end such a magical event.

One trademark of Ultra, and I guess most international festivals, is to bring a national flag to represent where everyone came from. This is a quick and easy way to see how global dance music has become, and how it unites people from all around the world.

UMF – SA was sold out with over 20,000 attendees, and I spotted flags from all over… South Africa (of course), Argentina, Canada, Germany, Greece, Ireland, Italy, Netherlands, Mozambique, Spain, Tanzania, Ukraine, United Kingdom, Zimbabwe… the list could keep going.

I think it’s important to recognize the significance of what the appearance of all these flags really means…it means that people from every different race, country, culture and religion can be united by music. They can dance and sing and frolic about without any negativity or judgement. Our differences are celebrated and everyone proudly waves their flags in the air while also looking around and taking in the beauty of all the other flags that are present.

The next day, the typical Post-Music-Festival-Stress-Disorder set in. This is happens when the event is over, you are tired, sore, and deeply saddened by the fact that the magic had to end. This feeling can happen after UMF, EDC, or any other music festival where you danced your little heart out and connected with the love and energy of people around you. We stayed at a quaint backpackers which was walking distance to a lot of things so we cured this depression with a big lunch and a trip to the movie theaters to check out Fifty Shades of Grey. Sitting in a cool, air-conditioned theater is a great way to relax post-festival. I highly recommend it.

UMF – SA was a great experience and I couldn’t have asked for a better group of people to share it with. If I’m still around for UMF 2016- I might just have to go back!

Also check out A Dark Minded Giggle for more of my EDM reviews and satirical humor. 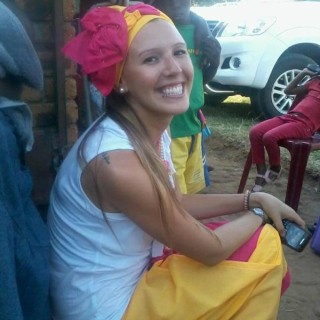 I am a U.S. Peace Corps Volunteer working in rural community health development in South Africa. Follow my journey!

"The contents of this website are mine personally and do not reflect the position of the U.S. Government or the Peace Corps."